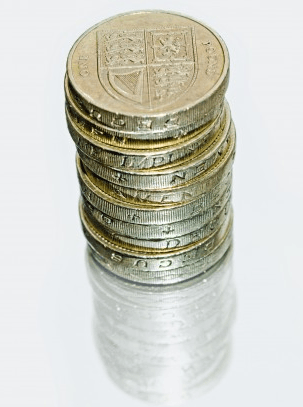 How Expensive Are Dehumidifiers To Run?

I often get asked about the running costs and energy efficiency of dehumidifiers, after all, the cost of electricity is rising much faster than inflation. Even with the economy picking up I think that in the coming years and decades people are still going to look to save wherever they can, so it makes sense to do your homework before buying an electrical item, whether it be a television, microwave oven or a dehumidifier.

Analysing the running costs of a dehumidifier is surprisingly difficult, due to the positive effects of the machine on your home’s climate. Let’s take a look at the different aspects:

On the negative side are the obvious points:

On the positive side, a little less obvious:

If you’re convinced, take a look at our dehumidifier reviews to make sure you choose your machine wisely.

If you’re not sure, let’s now dive into the costs of owning a dehumidifier a little deeper.

The initial costs of buying a dehumidifier are obvious, you can get a great machine for just under £120 (check out the current sale savings here). So I think it’s best to concentrate on the electricity costs.

First of all, the cost of electricity currently is roughly 15 pence per kWh. Then, once a dehumidifier has become established and there’s a steady level of humidity in your home you can expect it to switch itself on for two to four hours per day to maintain your desired level of humidity. The actual length of time it’s switched on for will depend on how you’ve set the humidity level on the machine, the ventilation, the size of your home and the humidity sources in your home. The high level of humidity can be caused by poor ventilation. In this case, air duct cleaning is necessary. There are many contractors offering such services, so all you need to do to find one is to enter online search request “air duct cleaners near me“.

Then let’s compare a couple of different dehumidifiers wattages:

Towards the low end of costs, a EcoAir DC12 on for 2 hours per day would cost something like the following:

Can A Dehumidifier Save You Money?

The short answer is yes, but how?

Costs Versus Benefits Of Owning A Dehumidifier

OK, so we’ve taken a look at both the positive and the negative sides of owning a dehumidifier, lets do some lifetime cost analysis, a ‘lifetime’ being 10 years, which is about how long you can expect a modern dehumidifier, if looked after properly, to last:

Costs Of Owning A Dehumidifier

Money Saved By Owning A Dehumidifier

So unsurprisingly, a website that advocates the use of dehumidifiers comes out in favour of dehumidifiers! However, I think if you take a look at the calculations above you’ll see that we aren’t wildly off the true cost of ownership, or at the very least you should now understand that owning a dehumidifier is a pretty sound investment. Take a look at our favourite dehumidifier here.